Spending the holiday’s together is something military families never take lightly.  Peter spent nine in the army as a black hawk helicopter mechanic. And one time, deployed for a year.

Peter says, “I’ve always felt responsible for the crew members on the aircraft. There’s two pilots and a crew chief. And if anything should go wrong in the air, that’s on me.  So, we make sure these aircrafts are good to go.”

His wife Sandra is extremely proud of Peter’s service.

“He had that bravery. He just knows that this is something that he’s called to do for his country.”

Peter decided to get out of the army and use his G.I. bill to go to college. But they learned it would take longer than expected for his school benefits to kick in which meant no income for three months.  At the same time their van needed tires and the transmission needed repair and Christmas was just weeks away. Their time in military housing was coming to an end.  They needed to move but didn’t have rent money.  Instead of preparing the holidays, the couple started contacting homeless shelters. The fights began.

Sandra recalls, “Panicking, frantic. I’m thinking, how are we going to support this family.  What is going to happen?”

With money matters out of her control, Sandra decided to work on something she could control--strengthening her relationship with god.  She started attending bethel community church near fort Campbell she joined a women’s bible study, and read the word every day.  She discovered a feeling of peace she didn’t think was possible.

When Peter noticed Sandra’s change, he started attending a men’s bible study.  It wasn’t long before Peter’s attitude changed too.”

Peter says, “It was just like a feeling of joy. Everything is because I’m going to trust in Christ, everything’s going to be okay because of that.”

Sandra adds, “Now the fight is for each other. To keep fighting for our future. For our family’s future.”

Bethel contact to helping the home front and asked CBN to step in.  Pastor Lance Phillips invited the couple to his home to share some big news.

Pastor Lance continues, “And it gets better. We know you have a vehicle situation. CBN in partnership with bethel is going to step up and give you the finances to repair your vehicle.”

Pastor Lance continues, “It even gets better. We know Christmas is coming.  When you go through financial difficulties, that can be one of the hardest seasons to walk through. We are going to give you the finances to provide a great Christmas for your children.

Sandra says, “Oh, my gosh that is awesome.”

Lance continues, “This is how god gets us back on our feet and helps us move forward in the right direction. Amen?

Their church is paying for rent on their new home while the family waits for peter’s school benefits to kick in.  We also took them to sears automotive to replace the tires and get the transmission fixed.  When sears heard about helping the home front, they kicked in a big discount.  Then it was off to a shopping spree to buy Christmas presents for the kids, something Sandra admits would not have happened if not for CBN and bethel. Peter and Sandra are now celebrating the Christmas season, stress free.

Sandra concludes, “What you guys have done has really fulfilled a lot of our dreams and goals. And I feel like we can now go forward and give to others as well."

View all posts by: bc-admin

Helping During the Government Shutdown – Testimony

Posted: February 4, 2019
I want to reach out to and express my gratitude. What CBN and River Oak Church did for my family during the government shut down speaks volumes to the kindness of your ministry. As you know I serve Active Duty in the United States Coast Guard and being the only Military branch not receiving a paycheck during the shutdown. We Continue Reading 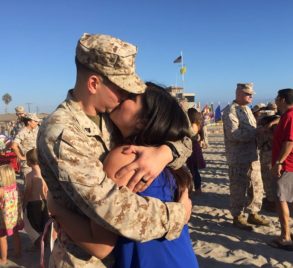 Posted: January 1, 2018
So, thankful to experience God's hand of blessing through CBN's Helping The Home Front. We can't express enough how grateful we were to receive financial help in a way that points back to our Lord and Savior, Jesus Christ. Being away due to the deployment was vexatious as we all imagined, but to come back to a surprise of love Continue Reading
0 comments

Posted: November 28, 2017
We are beyond grateful for all CBN has done for us. Never in my wildest dreams did we think a miracle of this magnitude would be ours. This experience was truly a dream come true. Helping the Home Front is an amazing program. This has given us all the assistance we needed to get back on track spiritually, emotionally, and Continue Reading
0 comments

Posted: November 28, 2017
Matt and I are so incredibly grateful to CBN and their program Helping The Home Front. We feel so extremely blessed and feel in such complete awe of Gods mighty handiwork. This unexpected year long deployment has been such a struggle for our family and CBN has truly helped ease burdens and show us that God is truly in control. Continue Reading
0 comments 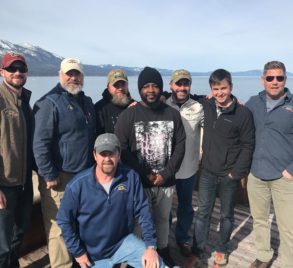 Posted: January 3, 2018
CBN’s Helping the Home Front is honored to partner with outstanding ministries that serve our military members and their families. One of those ministries is OPERATION RESTORED WARRIOR. Their program is 4 days in the mountains to help warriors dealing with Post Traumatic Stress to heal through the Holy Spirit. The program is free but the airfare is not. CBN Continue Reading
0 comments

Once again we are supporting Soul Survivor Outdoor 501c3. Here's what their founder shared with us...

“I again want to say thank you for this year's grant from Helping The Home Front. What an incredible blessing! What and how God continues to work through SSO and organizations like yours truly blows my mind. That God is pouring out His love in so many ways amazes me daily. That He would use me, allow me/SSO, to partner in His work, is even more mind blowing.”
Rick Wolf

Share on FacebookShare on TwitterShare on Linked InShare by Email